2019 will bring exciting changes to CTI.

The Global Team have launched an all new global course with students participating from all regions.

This program will give our senior students real-life experiences and training that will enabled them to “hit the ground running” when they complete Year 12. 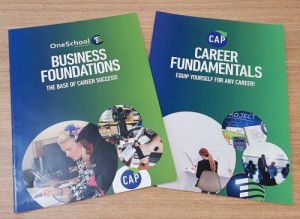 The 2018 Career Advantage Program is up and running smoothly. Students are enjoying the ‘tailor made’ course that caters to all areas of a work place environment. This empowers our students to ‘Hit the Ground Running’ when they enter the workforce. AiGroup have published their ‘Influence & Policy Paper’ that highlights the impact of digital transformation on the global economy and education trends.

All assessment is due by 13th November.
Partial submissions will not be accepted.

Plagiarism and cheating
In the coming weeks some students might be tempted to approach others for a copy of their assessment. Provision of work to others as well as using somebody else’s work as your own are forms of cheating.

Student portal
Make sure that you update the ‘Courses & Units Assigned’ section. CTI will be using this information to award debentures.

Final date for 2017 work placement
Work placement hours for 2017 CAP can be completed up until Friday, 15th December. 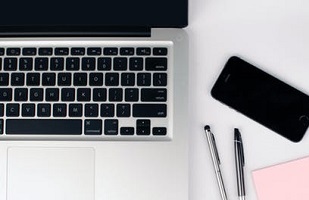 All 2017 Students need to log onto the ‘CAP Database Student Portal’ to reflect their training progress in 2017.

CAP Coordinators, CACTL’s and admin will have  access this information.

2018 is looming fast and the staff at CTI are working hard to get the 2018 CAP program roll out happening.

Over the next 2 months all Year 10 and Year 11 students will be having meetings with their local Campus  Teams, to look at their CAP pathway for 2018. There are exciting changes in our 2018 CAP program. A Global CAP course will be rolled out for all 2018 year 11 students. 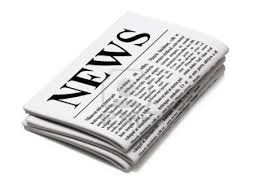 Fly-by-night private colleges with high drop-out rates are set to lose access to taxpayer subsidies under a federal government plan to “smash” the business model of dodgy operators.

Education Minister Simon Birmingham will announce on Thursday that he is finalising a major overhaul of the government’s scandal-plagued vocational loans scheme to come into effect next year.

“Our redesign of Labor’s flawed VET FEE-HELP scheme will seek to smash the business models of anyone ripping off taxpayers or targeting vulnerable people, whether they be VET providers, brokers or data miners,” Senator Birmingham will tell the Australian Council for Private Education and Training’s national conference in Hobart.”

“Unacceptable practices and unethical businesses must be stamped out.”

“The focus must return to quality learning outcomes for all students and value for money for the taxpayer.”

The cost of the VET FEE-HELP scheme ballooned from $325 million to $2.9 billion in the three years to 2015 and student fees tripled. Media outlets including Fairfax Media have revealed how unscrupulous operators got rich by saddling vulnerable students with large debts by enrolling them in courses they were unlikely to complete.

Senator Birmingham’s speech offers the clearest sign yet of the government’s policy direction since it placed an emergency freeze on the HECS-style loans scheme last year. Legislation will be presented within months and the new system will begin in 2017.

Senator Birmingham says it is a disgrace that inexperienced private education operators have collected hundreds of millions in government subsidies despite graduating as few as as one in five students.

“People with little history in training in a certain field of study and limited or no employer support for their outcomes shouldn’t be enjoying taxpayer support to deliver such training,” Senator Birmingham says.

“Appallingly low student progression and completion rates are not acceptable and should not be tolerated, not by any measure.”

The government has rejected Labor’s approach of an $8000 annual cap on vocational loans, saying it is too rigid and would see some students forced to pay up-front fees.

Instead the government is examining a staggered system of loan limits which recognises the different costs of providing courses such as agriculture and childcare.

Senator Birmingham says the key questions he is considering are:

“We must restore confidence and reputation to a sector that has taken a battering.

“I want to deliver a system that is student-centred, that weeds out shonky providers, and that delivers quality skills and training outcomes that are relevant to students, to business and to the economy.”

The Australian Competition and Consumer Commission, backed by the government, has taken Federal Court action against four VET FEE-HELP providers for alleged breaches of the Australian Consumer Law.

The Department of Education has revoked the status of four colleges and is currently undertaking 28 audits of providers in concern. 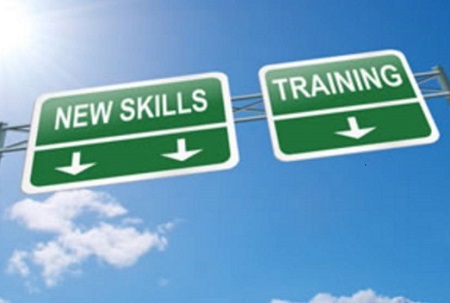 2017 is looming fast and the staff at CTI are working hard to get the 2017 CAP program roll out happening.

Over the next 2 months all Year 10 and Year 11 students will be having meetings with their local Campus Academic Career Teams, to look at their CAP pathway for 2017. Watch this space for updates.

We have entered Term 3 in our new exciting Cap Program.

Students have made a great start, and reports of student progress are coming in. Keep up the great work.

Examples of Graphics from our Talented Students

Our students are doing a fantastic job with their Graphics course. Congratulations.

Watch this space for more excellent work from the students working  on the yoobeeonline.com graphics course.